Karsten Heeger is a Professor of Physics, Chair of the Physics Department, and Director of the Wright Laboratory at Yale University. His research focuses on the study of neutrino oscillations and neutrino mass. Prof. Heeger received his undergraduate degree in physics from Oxford University and his Ph.D. from the University of Washington in Seattle where he worked on a model-independent measurement of the solar 8B neutrino flux in the Sudbury Neutrino Observatory (SNO). Before joining the faculty at Yale University he was on the faculty at the University of Wisconsin and a Chamberlain Fellow at Lawrence Berkeley National Laboratory. His work has been recognized with numerous awards including the 2016 Breakthrough Prize in Fundamental Physics. He is a Fellow of the American Physical Society (APS). At Yale Prof. Heeger has led the renovations and transformation of the Wright Nuclear Structure Laboratory into the new Yale Wright Lab with a vibrant research program in nuclear, particle, and astrophysics and is co-chairing the planning for the new Physical Sciences and Engineering Building (PSEB) and an Advanced Instrumentation Center (AIDC) at Yale.

Prof. Heeger has served on national and international advisory committees including the High Energy Physics Advisory Panel (HEPAP), the Nuclear Science Advisory Committee (NSAC), the Natural Sciences and Engineering Research Council (NSERC), and the ASCAC LDRD Independent Review. He has been a member of the DPF Executive Committee, DNP Nominating Committee, DNP NNPSS Steering Committee, and the APS Committee on International Scientific Affairs. Prof. Heeger wss Associate Editor for the European Physical Journal C and Journal of Physics G and is a reviewer for Physics Review, NIM, Physics Letters, and others. 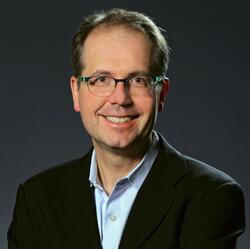