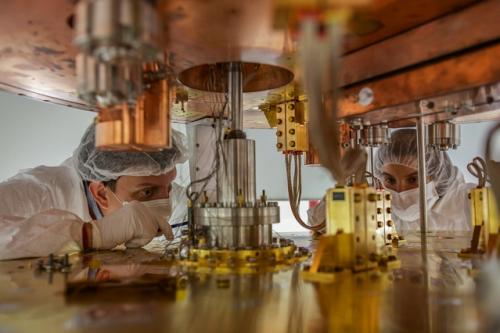 Deep below a mountain in Italy, in the coldest cubic meter of the known universe, scientists are hunting for evidence that ghostly particles called neutrinos act as their own antimatter partners. What these researchers find could explain the imbalance of matter and antimatter in the universe……The CUORE collaboration — a team of 200 scientists, engineers and technicians — released their first results. Their new paper, which was published March 26 in the journal Physical Review Letters,reveals that the experiment has not shown any neutrinoless double-beta decay after two months….“The observation that neutrinos are their own antiparticles would be a significant discovery and require us to rewrite the commonly accepted Standard Model of particle physics. It would tell us that there is a new and different mechanism for matter to have mass,” study researcher Karsten Heeger, a professor at Yale University, told Live Science.